Giving to charity is manifested in an array of ways. Some of them are giving to the displaced persons through local or international non-governmental organizations and donating money periodically to charitable organizations. It does not mean that every charitable giving translates to giving directly to charity. Donations may be made by certain persons or families and the donors could be adults or children. Some of them are captured here, though not every issue is highlighted.

What percentage of people donate towards charity?

Giving to charity is a widespread issue that cannot be exhausted  For instance, between 2011 and 2012, 59% gave their funds and other resources to charitable work .This was almost equal to slightly over 29 million people. This percentage increased compared to a similar period between 2009 and 2010, where 56% gave their alms to charity.

This increase can be attributed to the widespread measures that charitable organizations have taken to try and persuade people to commit their resources to charity. 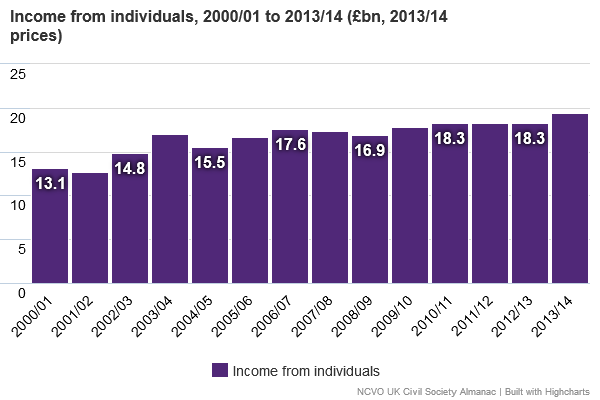 Various organizations have also joined in and persuaded people on their platforms to offer whatever they can to charitable causes. Between 2013 and 2014, individuals donated over £19 billion. This translated to 45% of the income of charitable organizations.

How much do people give? 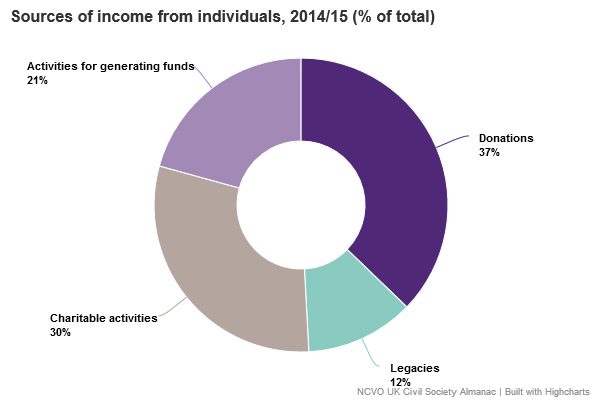 The mean donation from each donor between 2010 and 2011 was £30 per donor. This was the same in 2009/10. However, it was observed that the mean skewed upwards by a slight margin due to some huge donations. Be that as it may, it is better to use the mean donation as an indicator. After factoring in inflation, the money that was donated to charity was an estimated £11 billion in 2010/11, similar to the amount donated in 2009/10.

What is the effect of top donors?

A number of individual donors have constituted a large portion of the money donated to charity over time. For instance, 7.3% of donors donated more than Â£103 per month per person in 2010/11. These donors accounted for over 45% of the total amount of money that was donated to charity. This means that the charity sector heavily relies on this 7.3% of donors.

Over £1 million was received from individuals in 2009/10. The money was either channelled to foundations or various charitable trusts. As much as the amount may seem huge, it represented a 20% from the donations of 2008/09. 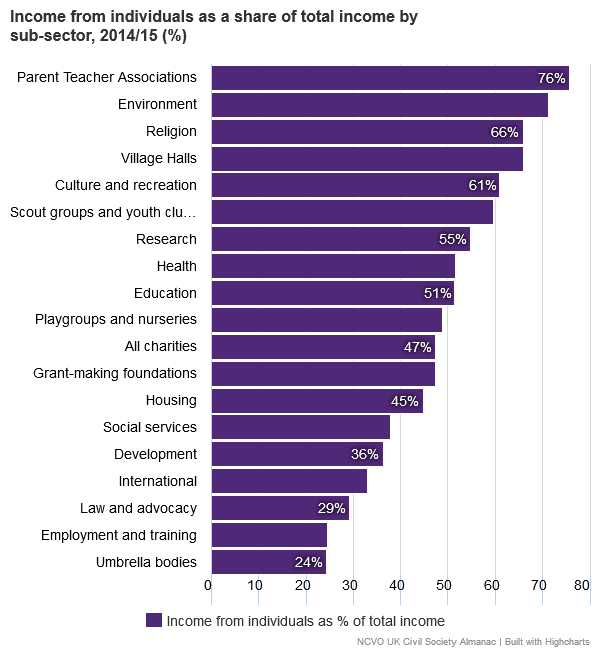 Individuals give their money for various causes and they do not just donate. In this regard, the causes have been changing over time. People have come forward to support various causes such as education and art, while others donate to support athletics.

Scottish People Named The Most Generous Charity Donors In The UK